Another year has wound down and I’ve put all other hand-occupying things aside to try to put together a post to fill in a LONG, quiet period! What to say? Well, I might just work backwards this time and wish you all a belated Merry Christmas AND a Happy New Year! I hope the pressures of the season were light, your joy great and that you were able to spend time with the people you love most.

We had a wonderful, fun and mostly relaxing Christmas. We don’t have an extended family here, just the four of us and my Mum, but my younger brother surprised us all by arriving the week before! He had been travelling in Borneo and it was our great good fortune that he decided to come spend Christmas with us. The girls have been unbelievably excited to have their uncle here, especially one who is so good at playing crazy games, being silly, eating endless fake food etc.

His arrival was particularly good timing, as I had ‘spinal decompression surgery’ on December 21st. The girls had to stay with Mum and my brother while we travelled to the city where the neurosurgery unit is located. Many of you will know that I have been suffering from the effects of a herniated disc for nearly three years. It has been utterly debilitating at times, a little less at others, but unrelenting in all that time. My sewing chair has been a refuge, as it caused less pain than other seats in the house. We finally found a chair I could sit in and I have spent time sitting with the family – or more often than not, laying on the couch, falling asleep! Anyway, to cut a long story short, I had the microdiscectomy surgery on December 21st to remove the herniated material. The operation was a success in terms of alleviating the pressure on the sciatic nerve. Time will tell whether I will regain reflexes or normal skin sensation after years of damage to the nerves. The post-operative pain was immense, but is improving day by day. I think 2012 will be an awesome year! ETA There is still some pain in my backside and hip, particularly at night, but all in all I am feeling much better.

I have continued to design and sew and have participated in select events throughout the year, most notably The Treasure Chest series, run by Kate and Brooke of Hudson & Saige. These local business fairs feature a range of high-quality, locally owned businesses and I’m proud to be a part of their continuing presence in the Nanaimo area. It has been wonderful to meet new people and share the Pip ‘n’ Milly vision. It is pretty exciting that a number of Pip ‘n’ Milly products will have been unwrapped in the last few days!

My personal goal for 2011 was to learn to knit properly. I’ve been able to do very basic knit/purl rectangles since I was a child, but was stumped by the complexity of patterns and the secret language of knitting abbreviations. No longer! I started in February and am genuinely thrilled with how much I have learned. I see no end to this passion, which is a good thing, as I have accumulated a large stash of needles, yarn, fibre, notions and a never-ending list of things I want to make. Knitting is, for now, mostly a selfish pursuit, as I knit for myself. If sewing is time-consuming and labour-intensive, knitting is doubly so. However, I did knit a beautiful pair of socks for my brother for Christmas, to help him cope with the change in temperature from Borneo to the West Coast of Canada. Included in the photos are just a few of the things I had the pleasure of making in 2011. 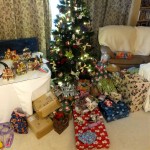 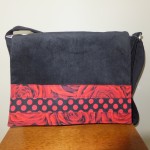 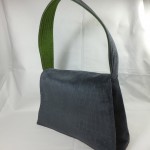 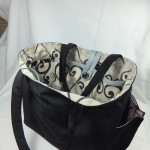 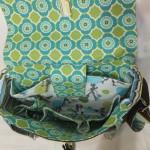 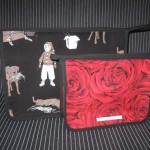 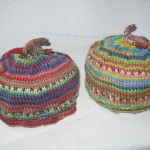 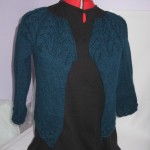 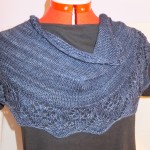 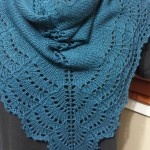 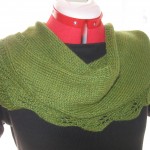 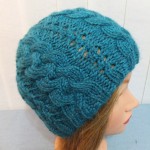 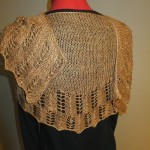 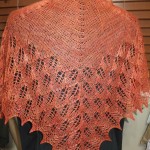 2012 has been a great year thus far. While I struggle to think of things to write for blog posts, that struggle does not extend to actually making things. I have continued knitting and sewing and have now added spinning to my fibre passions. It is something I have long wanted to do, but I guess the timing wasn’t quite right before. I am now the proud owner of two spinning wheels, which were purchased from long-time spinners who have bought new wheels. I have an Ashford Traveller from New Zealand and a Canadian made Lendrum. No doubt I will be posting about my yarn-making endeavours in the future. However, I would rather be doing it than writing about it, so I’m off to ply some singles now!